Adrien Lefauve
Adrien received a MSc in Mechanical Engineering from UTC Compiègne, France, having studied two years abroad at the TU Vienna, DLR Stuttgart and University of Illinois at Urbana Champain, where he wrote his thesis on the hydrodynamics of suspensions of active particles. He obtained a MSc from Ecole Polytechnique on numerical estimations of tidal dissipation in the deep ocean.  As part of the STAMP project he performs laboratory experiments on the stratified shear flow in an inclined duct, using simultaneous, time-resolved, volumetric measurements of velocity and density. He is mainly interested in elucidating the stability, nonlinear waves, turbulent transition and mixing of such flows. 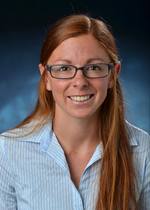 Kat Smith
Kat received her MSc and PhD from the department of Mechanical Engineering from the University of Colorado.  As part of the STAMP project she performs direct numerical simulations of stratified shear flow. She is particularly interested the role of mixing in maintaining or destroying sharp density interfaces, and in the dynamics of coherent structures in the mixing process.

Jamie Partridge
Jamie did his PhD in the fluid mechanics of natural ventilation at the Department of Applied Mathematics and Theoretical Physics, University of Cambridge. He then went on to join the MUST project where he works on a range of experimental studies to try to answer fundamental questions of stratified turbulence. In particular, Jamie has worked on stratified Taylor-Couette (STC) and stratified inclined duct (SID) experiments. Jamie’s research interests include stratified turbulence, natural ventilation, plumes and experimental techniques.